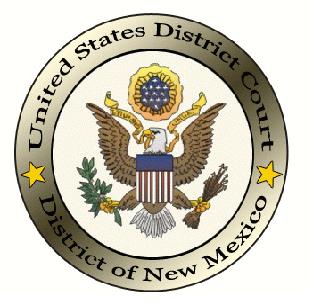 On February 11, 2020, the U.S. District Court for the District of New Mexico dismissed a Complaint by Vote Solar and individual Plaintiffs against the City of Farmington, New Mexico, Electric Utility System (“FEUS”). The Complaint asserted that FEUS’s Standby Service Rider for partial requirements customers (the customers had installed rooftop solar primarily needed the municipal utility to act as “backup” service) violated the Public Utilities Regulatory Policies Act (“PURPA”). In 2019, the same Complainants unsuccessfully pursued a petition filed at the Federal Energy Regulatory Commission (“FERC”), which sought to invalidate the Standby Service Rider. Vote Solar’s next step was to file a complaint in the courts. DWGP represented FEUS before FERC, as well as before the U.S. District Court.

The dismissal of the Complaint is based on a reading of the PURPA’s limitations on the Federal Court’s jurisdiction, stating that the Plaintiffs failed sufficiently to assert an “implementation” claim under PURPA.  There are two types of claims under PURPA, “implementation” and “as applied”, the former of which may be heard in Federal District Court, and the latter which must be heard in state court.  In its rebuttal of the Complaint, FEUS contended that if the Court agrees there is a question as to the nature of the claim, the case should be dismissed in its entirety from Federal Court. The Court agreed, stating:  “In studying the issue, Defendant is persuaded that Plaintiffs’ complaint is attempting to assert an ‘as-applied’ challenge that ought not be brought in District Court.  As such, dismissal of the Complaint in this regard is the appropriate resolution.”

Significantly, the Court states that, “Section 210(h) should not be stretched to cover disputes over how well a regulatory entity implements FERC’s rules or the propriety of that entity’s state or local rules.”  This finding is consistent with the notion that states and nonregulated electric utilities have discretion over how best to implement FERC’s rules.

As to Vote Solar’s Complaint, the Court concludes, “Though styled as such, this is not a challenge to Defendant’s implementation of [the FERC rule]. Instead, Plaintiffs challenge whether Defendant’s decision to employ the Standby Service Riders complied with an applicable FERC rule. Even assuming that Defendant based the Standby Service Riders on inaccurate data, incorrect assumptions, and inconsistent costing principles, the Court cannot infer that Defendant either lacks a nondiscrimination rule or failed to go through the rule implementation process outright.”  Accordingly, the Court dismissed the case, without prejudice.