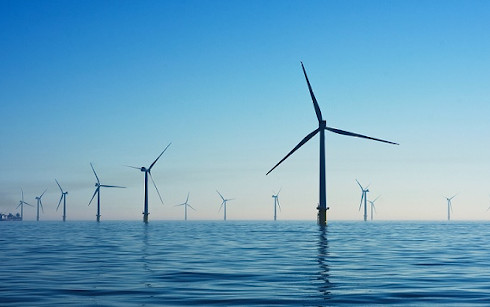 Photo by Nicholas Doherty on https://unsplash.com/photos/pONBhDyOFoM

The Town of East Hampton, New York has approved agreements that will bring power generated by a proposed 136 MW offshore wind farm, which would be the first such facility off the coast of New York, to the mainland power grid.  Two government bodies in East Hampton, the Town Board and the Trustees, approved the landing and connection of a 138 kV transmission line from the planned South Fork Wind Farm project in East Hampton.  The project, being developed by Ørsted US Offshore Wind and Eversource, would consist of 15 wind turbines located in federal waters approximately 35 miles off easternmost Montauk Point, Long Island.

The agreements reached with the Town and Trustees provide a long-term lease granting rights to land the cable 30 feet below a Town beach, as well as an easement to bury the cable under 4.1 miles of Town-owned roads to an existing Long Island Power Authority substation.  The agreements impose numerous requirements to minimize the potential adverse effects on human health, public safety and convenience and the environment during the construction and for the life of the project.  In addition, under a separate Host Community Agreement, the project developers would compensate the Town and Trustees with nearly $29 million over 28 years, with certain funds earmarked for capital improvement projects.

The proposed wind farm project still requires several other governmental approvals, including a Certificate of Environmental Compatibility and Public Need from the NY Public Service Commission under Article VII of the state’s Public Service Law, as well a permit from the U.S. Bureau of Ocean Energy Management, which recently issued a Draft Environmental Impact Statement for the project.

DWGP, together with the firm Certilman Balin Adler & Hyman of Hauppauge, NY, has represented the Town of East Hampton in the complex and protracted negotiations over the Host Community Agreement and the Easement Agreement, as well as in the PSC’s Article VII proceeding and BOEM’s environmental review process.